UPDATE: In the summer of 2017, Hardesty submitted for peer review the 60-page text, A. Tribble, T. Jefferson: Men’s Opinions and Beliefs Depend Not on Their Own Will. Back cover blurb, right.

Among family, I’m referred to as Dave. I present myself as a blend of media producer, writer, amateur genealogist and advocate for racial justice. In March 2011, I added Ardis Ligon to my concept of family, as it is exceedingly likely that I am related to the great-granddaughter of Jeremiah Turner (1840-1917) by way of my 3x great-grandfather, ‘Trading Tom’ Turner (1764-1847). We have established that Jeremiah was the property of Thomas Turner’s son, noted pro-slavery jurist Squire Turner (1793-1871) and have set ourselves the task of verifying  Ardis’ family lore … that Jeremiah was the product of a relationship between a slave and either Squire or his father Thomas. Through emails and then phone conversations, Ardis helped me adjust to a new, disturbing awareness that … before it happened to me, I’d never contemplated: though family history stories included accounts of ‘Uncle’ Dave and ‘Aunt’ Mary; tales of slave times were not passed to me.

Ardis and I met in person that summer and have become very close. I’m quite grateful for the opportunity. Someone suggested others were dealing with coming into such relationship, and I was pointed to Coming to the Table.

In September, 2011 I began Hard Honesty, a blog arising from my family history research. In a daring account from the environs of Boonesborough in 1782, I discovered ‘Uncle’ Monk (slave-named Estill, died 1835) saved the life of an ancestor. As Squire Turner (above) sought to enshrine slavery in a re-write of the Kentucky State Constitution in 1849, his half-brother, my 2x great-grandfather, sought to elect emancipationist delegates to the convention.

I began moving into racial justice work in earnest, forming a consultancy with my then-wife, the Hon. JoAnn Hardesty (nee Bowman), a civil rights leader of some renown. I now operate out of hardspace. I am more aware of white privilege & pervasive injustice than I – a liberal – had ever before been. It’s a loaded term, but I am considered by some to be a “white ally.”

I think I’ll enjoy launching BitterSweet, as a result of the value I place on long-form journalism. Ultimately, I’m excited about this project because I believe intimacy derived from this community can help dismantle unintentional & passive racism which afflicts people of color in ways whites barely realize … but can be severe and unrelenting to victims. I know there to be a migration – through ancestry.com – of recreational genealogists who are now aware their ancestors owned slaves. I believe we can particularly assist those who have become ‘linked descendants’ … those who’ve established relationships with the progeny of their ancestor’s slaves or owners. Real-world, real-time reconciliation between related descendants, in such a fishbowl, can be a marvelous example … as well as an environment for related descendants to grow and be read. Our job, it seems, is to facilitate these comings-together in ways that make intended outcomes most likely.

I look forward to hearing from you. I’m particularly keen to make contact with those who have information on Monk Estill or Squire Turner. 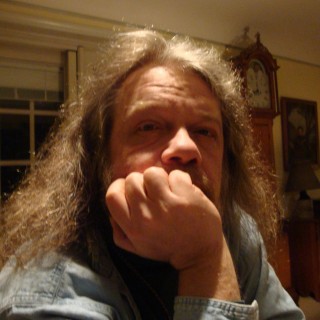 In service to protection of Native American land rights and religious expression since 1983, I currently seek to implant racial justice in our nation's criminal justice system. Historian, working author.

On The Book Shelf